How a GoPro Opens the View on Family Life

My new GoPro was so much more than a little tank of a camera. It changed my whole view as the family photographer. Here’s how…

All of this time I thought it was about how to capture a tight family photo. Or how to freeze the action of my speedy 8-year-old boy with better lenses and bigger sensor sizes…

Last year, I invested in the high-end Panasonic LUMIX LX-10 compact camera in the hopes of really improving the quality of my family photos. But I was often forced to keep it packed in my beach bag on vacation to protect the camera from the damaging effects of salt water and sand. (Those little grains can easily fly right into the crevices of a motorized zoom lens and jam the mechanism.)

So, last month I bought a GoPro, because I was tired of worrying about ruining my gear during our beach vacations and not taking the photos I really wanted.

Worry-Free Durability
Using a GoPro easily solves the problem of taking your camera into all the action at the beach. It doesn’t have a moving lens to ruin, and the whole thing is waterproof. It’s actually designed for a little abuse.

No, I didn’t really need an ‘action cam’ to replay and slow down any crazy stunts my son was practicing (at least not yet). But the idea of more freely following his action with more ‘durable’ gear in the outdoor elements was totally appealing.

Selecting the Right GoPro Model
I bought the more expensive GoPro Hero6 Black as opposed to the older ‘Hero5’ or the newer (but stripped-down) entry-level ‘Hero’ in an attempt to future-proof my investment. That’s usually my strategy with these types of tech purchases. If I end up using the gear for an extra year or two before wanting an upgrade, I feel that makes it worth the extra upfront cost.

Even though I don’t currently need all of the frame sizes and high-speed frame rates that the Hero6 Black offers, I’m generally committed to capturing content in 4K. And the Hero6 is much more capable living in 4K.

The Parent Test
So, I’m just back from a week at the beach in the North Fork of Long Island, and I’m happy to report that the maiden voyage of my new GoPro was a big success.
(And by ‘voyage,’ I mean… full water immersion!)

I didn’t use my GoPro in the ‘traditional’ ways by bolting it somewhere ahead of an impossible athletic stunt. Instead, I carried the tiny device in my swimsuit pocket throughout the week, as a traditional dad… ready to start capturing family photos and videos at a moment’s notice.
(Yes, I also attached a little floating hand grip to prevent my GoPro from sinking into the ocean if dropped.)

And I’ve got to tell you…safely snapping away at those ‘found moments’ was like being a kid in a candy store.

And my GoPro’s ability to capture my son underwater was impressive… most impressive. 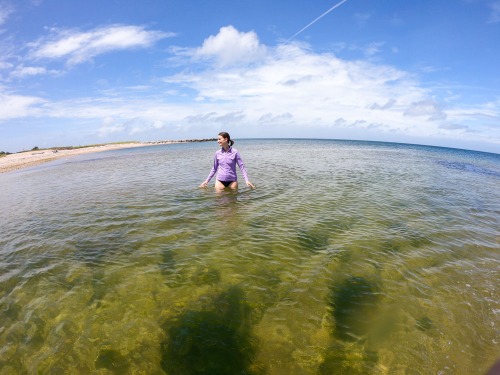 First off… the wider range made it so simple to shoot family selfies. Then, using the GoPro ‘3-Way’ selfie stick/tripod helped to eliminate the prominence of my arm in the selfies. And saying, “GoPro, take a photo!” to the camera’s voice sensor was wicked cool.

Although once my son learned my Jedi voice trick, he thought it was so much fun to take over the camera’s functions with his own voice right as I was crafting the perfect selfie.
(Note to GoPro designers: I think the next GoPro model needs person-specific voice recognition!)

A New Angle on Storytelling
More importantly, using the wide angle lens for front-facing photography reveals a whole new side to family storytelling. It provides more context with the entire environment enveloping your subjects.

So, your goal is no longer about how tight you can shoot. It’s about how wide!

And don’t worry… you’ve already got thousands of tight shots of your family!

In fact, I enjoyed my newly found perspective so much that I shot my family vacation almost entirely in wide angle! 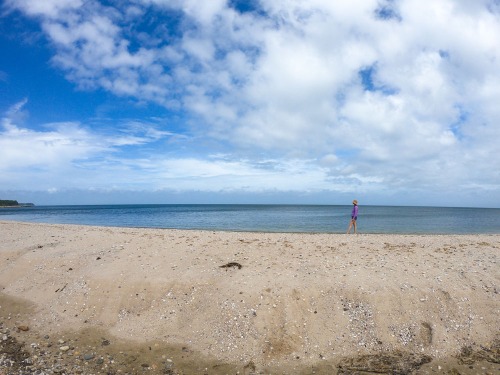 The GoPro Hero6 Black can also shoot in a more ‘linear’ format without the edge distortions that wide angle brings, but I rarely chose the traditional view.

I was loving seeing the world (and my family) in wide angle… all of the time, baby!
(Moving forward, I’m sure some balance will return to my photography.) 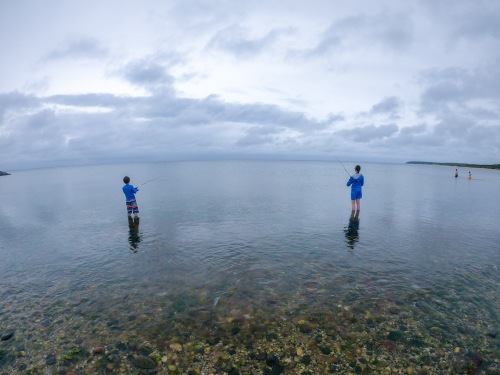 Expand the Edges of Your Photography
I know I’m just scratching the surface of what my GoPro can really do. But it’s already taken me to so many new places and empowered me to snap away without fear….

Note to other ‘boring’ parents out there – Using a GoPro can also make you feel like the coolest kid on the beach.
(After I spent 20 minutes videotaping our son underwater, my wife walked up to me and mentioned that she overheard another parent on the beach whisper to her spouse, “That’s a GoPro.”)

Clearly, I’m on to something…

It has the capability to generate a little ‘hotspot’ and tether to my iPhone… and then wirelessly hand over all of my photos and videos via the GoPro app. From there, I was able to quickly upload a few of my best pics to my shared Apple ‘Photos’ album.

But that was only the first part of GoPro’s one-two punch when it comes to clever media management. GoPro also offers a companion QuikStories app for smartphones, which can whip up a complete music video with your photos and videos in minutes.
(What?)

Well, sure… It takes some time for any smartphone to render out video transitions and the final video to share, but the whole app interface is designed for minimal human involvement. And I mean minimal.

Stand By for QuikStories
How good is this little video editing platform that lives in your pocket? Was I as blown away as I was with the photos and videos generated by my Hero6 Black camera?

Let’s find out next time on At Home with Tech!