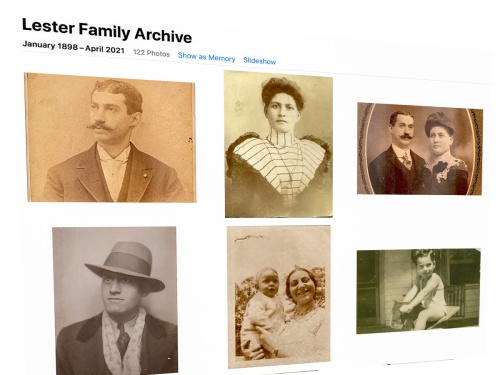 If you need a way to display a group of photos in a movie-like presentation, Apple’s Photos app can do this trick for you. Here’s how.

Apple’s Photos app on a Mac contains the powerful functionality to organize your pictures into collections and then display them as “Memory Movies,” complete with photo zooms and transitions. The app does this on its own to generate unexpected and often delightful photo-montage movies from your photo archive.

But you can also put the Photos app to work to create a Memory Movie using your own (human-directed) collection of pictures.

It’s simple to do, and with a couple of clicks, you can also add music and a title graphic.

How to Make a Memory Movie
The trick to quickly creating a Memory Movie is choosing one of your existing albums of photos. But it’s also not hard to create a new album for this use. The bottom line is the album feeds your movie structure.

Once you’re in your album, you’ll see the option on top to click on “Show as Memory” or “Slideshow.” (The difference is Slideshow doesn’t contain the photo moves and zooms.)

On the next page that appears, you’ll see your Movie Memory ready to start.
Click the play icon.

To adjust your music choices, click on the tools icon on the right side of the playback controls.

Fast and Good Enough
Once you understand the easy steps to creating a Memory Movie, you can pull one together in minutes by using one of your existing albums.

It’s a much faster process than importing your photos into a video editing program and then manually setting up all of the photo transitions before exporting your video file.

Sure, a manually-edited version would be more creatively precise. (AI-directed photo moves and transitions can sometimes be a bit off balance.) But I’d say for most uses, letting your computer do the work is just fine.

A Memory Movie is also an especially simple way to quickly pull together and share a collection of photos for a Zoom meeting.

A couple caveats: You can’t create a Memory Movie using a shared album. It needs to be one that lives locally on your Mac. And you can’t actually export your Memory Movie into a separate file. The movie experience is generated and remains within the Photos app.

Display your Memories
There are any number of ways to display digital photos these days. But if you’re already using the Photos app for your photo management, this quick and easy presentation trick is a no-brainer.

How to Turn AirPods into a Wireless Microphone for iPhone Videos

Looking for better sound on your next iPhone video project using one of Apple’s Bluetooth earbuds? You’ll first need this workaround.

If you own a pair of AirPods or AirPods Pro, you may come up with the bright idea to use them as a wireless microphone when you record selfie videos on your iPhone. The problem is you can’t do that using the iPhone’s native camera app. Apple didn’t build its app to support Bluetooth microphones.
(Strange, but true.)

Perhaps the visual of wearing little white sticks in your ears while shooting selfie videos originally seemed silly to Apple’s designers. But the pandemic has changed countless norms over the past year.

So many of us have been living our lives recently glued to our computer screens wearing geeky headsets, bulky headphones or slick little earbuds. If you don’t have a Borg-like audio device attached to your face, you clearly haven’t been assimilated into our new norm of daily video communications.

I Can’t Hear You
Recently, I produced a video with a colleague who needed to record an on-camera introduction using his iPhone. I suggested that he use his AirPods as his microphone so he could easily step back into his shot, unhindered by cables.

As I coached him from afar using the Microsoft Teams app, everything sounded fine. But when I listened to his test recording file, the AirPods clearly weren’t capturing his voice track. The iPhone’s onboard microphone was doing the work instead.

Third-Party App to the Rescue
Of course, we weren’t the first ones to uncover this problem. After doing some online research, I discovered that a variety of people have been complaining about this incompatibility for years.

The good news is there are two popular workaround solutions. Both involve downloading a video recording app to your iPhone that does allow you to use a Bluetooth microphone, including AirPods and AirPods Pro.

Both of these apps are primarily designed to give you a massive increase in control over your iPhone’s camera settings for video shoots, but they also provide the additional Bluetooth audio support for AirPods or AirPods Pro.

What’s That in your Ear?
Even before the pandemic, I saw so many folks running around the streets of New York City with little wireless earphones protruding from their heads. That laid the foundation for an acceptable new look in public. And that metamorphosis has now been truly cemented. (We’ve stared at each other over the past year on countless video conferences wearing any number of audio devices.)

It’s ironic that once upon a time, hiding your microphone while recording an on-camera video was considered a sign of professionalism. Now, most anything growing out of your ears is acceptable.

And if you want to put your AirPods to work for your next iPhone video recording, just don’t forget you’ll also need to spend a few bucks for a third-party app to secure the connection.

Why Does my iMac Turn Itself on at Midnight? 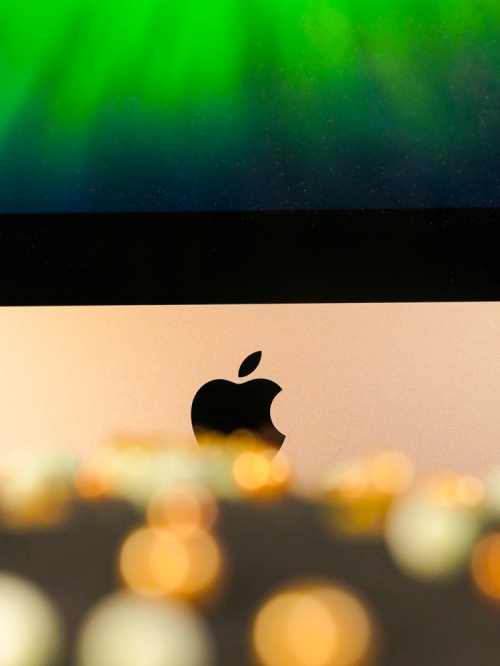 If your Apple computer independently starts its day in the wee hours of the morning without your involvement, you should check this setting.

I was out late the other night, and when I got home around midnight, I walked into in my home office before I headed off to bed. All was quiet. Then, I heard a sudden but familiar brief whooshing sound from the direction of my desk. I instinctively turned my head.

My iMac was booting up as if Skynet had taken over.
It was pretty freaky.

I glanced over at my Marathon clock that was positioned close to my iMac, and it eerily displayed 12:00am… on the dot.

Hmmm. That was interesting.

I took a breath and looked at my clock again. I felt that this clearly wasn’t some random moment where my iMac had decided to misbehave.

Turn Off the Schedule Mode
Was there a hidden setting in my iMac’s System Preferences that was telling my iMac to independently boot up?

I took a look, and in fact… there was. My iMac was ‘scheduled’ to turn itself on at midnight.

So, here’s what I did to turn that off:

Living with your Gremlins
I suppose the lingering question is why that scheduled action was clicked in the first place.
I certainly hadn’t done it.

It’s an issue for another time.
For now, my iMac should behave…as directed.