Essential Tech I Use and Why

Here’s my list of ten technology purchases I’ve made that creates my foundation for living and working in today’s digital world.

I see myself as an everyman (person) who successfully uses his tech (usually) throughout most days in life. I’ve done my research and also have a decent track record on my specific gear choices. While I’m hardly an authority… I’d like to think I offer an informed point of view.

There is also an ever-increasing amount of choice out there, and figuring it all out can be a complete time suck. The ‘best choice’ is an elusive and always-changing equation. So, my strategy has always been to find what works (at a competitive price where possible) and stick to brands that hold up over time.

Most of all: Keep it simple…

If you think that reading about the essential tech I’ve chosen (or covet) for myself might be useful towards your own tech-selection process, then I’ve got a little list to share…

Ten Technology Choices to Help Get You through Your Day

I upgraded from my old iPhone 6 Plus and finally convinced myself there was no need to supersize it to 512GB. So far so good…

It’s tough and looks like it comes from the alternate universe in the TV series, “Fringe.”

After three years of self-control, I couldn’t stand not trying one of these out. It was an instant success… Not only have I been loving my Apple Watch, it’s also focused me on ‘getting my steps in.’

And now, I don’t have to think about what watch I’m going to wear tomorrow!

I began using Macs fifteen years ago due to the advanced multimedia applications, and I never looked back.

5.  Back-Up Drive for your Computer 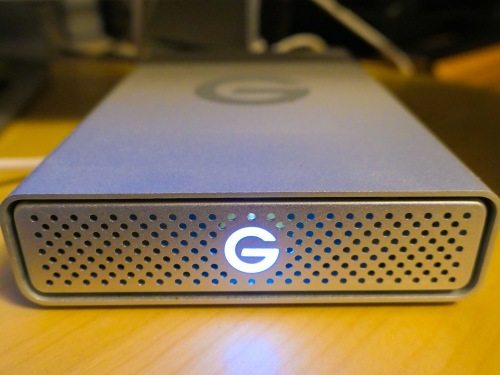 You do have a cloud backup plan in addition to your local backups, right?

I’ve been using Backblaze after CrashPlan broke up with me.

Offsite backup should always be a part of your strategy…

Compact cameras that use 1-inch-type sensors can capture better photos than your smartphone…especially in low light.

Being able to freeze that July 4th fireworks moment is priceless!

Yes, these premium compact cameras are expensive, but if you’re serious about capturing great photos without blur and don’t want to carry around a big DSLR, this is the camera category for you…

I use Panasonic’s Lumix DMC-LX10. It’s a couple of years old, but still on the market and now at a discount…
$497.99 on Amazon Prime

I enjoy using my LX10, but If you’d like to know the camera I really covet, and what I’d buy today…
It’s the Sony DSC-RX100 VA… $898 on Amazon Prime.
(No… not the newer VI model. That’s because even though the VA has a smaller zoom, it‘s got a faster lens that can better capture action in low light.)

The RX100 series has always seemed to set the gold standard for this category. Yes, it’s expensive, but I think it’s worth it.

I picked up a GoPro last year as a family vacation camera, and I found that it really can enhance your vacation’s fun. A GoPro is small, durable and waterproof… so you can take it to the beach without worrying about a grain of sand crippling a retractable zoom lens. Plus you can snap great underwater shots! 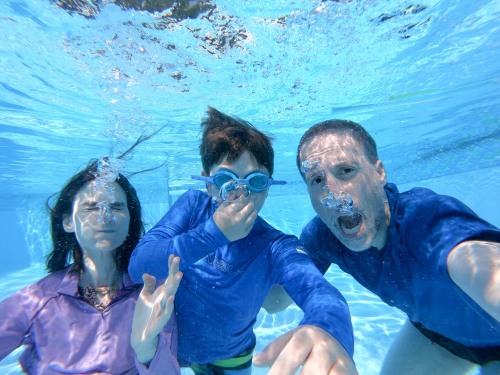 It’s also incredibly fun to use during pool time!

When I replaced my old Apple AirPort Extreme WiFi router, I went with the two-unit mesh WiFi system made by Netgear Orbi.

Mesh WiFi is a game changer… bringing new meaning to the idea of whole-house WiFi.
(I highly recommend it.)

If It Fits Your Budget…
I imagine some of you might be questioning whether all of this gear appropriately belongs on an ‘essential’ list.

While it would certainly be difficult today to operate without a smartphone or computer… does anyone really need the always more-expensive devices made by Apple? Of course not.

But I would also add that there’s value in working within one digital ecosystem. And not that you couldn’t also do that with other brands… but, hey… Apple’s always been a good bet… Period.

And no, you don’t specifically need home WiFi or a GoPro to survive, but I think it’s fair to say they’ve contributed to maintaining a level of digital homeostasis in my life.

That’s a fragile equation and always worth acknowledging… and enjoying when you can.

Do You Have 29 Seconds to Spare?

Whoa!! It’s all gone by fast! Allow me a moment to wish you Happy Holidays!
I think that’s probably all that anyone has time to read right now.

Well, perhaps I could ask for another 29 seconds to watch a little video I edited together that captures a bit of my own experience…

I call it “Holiday Blur.”

Each photo is a moment that contributed to my holiday season’s overall whole.
At the end, it always feels like a blur, right?

In case you’re interested, here are the tools I worked with:
I used my trusty Panasonic Lumix LX10 for most of the photos, tweaked the images with Adobe Lightroom, edited the video with Final Cut Pro on my iMac and used music from freemusicarchive.org.

(To watch more of my videos, check out my Vimeo channel.)

The Power of a Video Freeze Frame

Today’s story spans generations and species. And it all begins with a faulty memory card in my camera as I record an important video moment that foretells the arrival of our new kitten.

The memory card in my Panasonic LX10 camera blew it big time. This kind of problem has only happened one other time for me, and that was many years ago. But sometimes memory cards go bad and don’t correctly record your photo or video file.

And of course, fate requires those exasperating moments to occur when something really special happens… yes, a magic moment.
(You know, like when aliens from Mars land in front of your house looking for directions.)

An 18-Frame Conundrum
I missed this particular magic moment recording a video, which ended up having an inexplicable visual glitch every second or so.
(Actually, every 18 frames)

Here’s an example of the glitch. 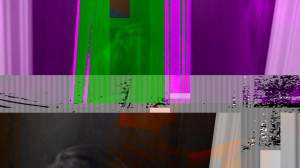 The videos and photos recorded immediately after were fine. So this appeared to be a one-off problem. Nevertheless, I retired the SDXC card the next day and popped in a new one.
(I didn’t even want to consider the possibility that the culprit
was my still new Panasonic camera.)

Welcome Home, Kitty
And what exactly was this particular event? It was when my wife and I revealed to our seven-year old son that we were getting a kitten, something he’d been wanting for quite some time.

We decided not to simply tell him or reveal the cat like in a magic act.
(No, we would go to the animal shelter together to adopt our kitten.)

Instead, we brought him into the room upstairs where she’d be hanging out during her early days with us. And I had staged that room with all of the cat paraphernalia you usually need… water and food bowls, litter box, cat toys, scratching post, and a cozy bed puff.
(Thank you, Petco.)

I hoped it would be one of those Aha moments where the realization bathed over our son. I wanted to capture that happiness for posterity.

And that’s exactly what happened. It was priceless. He was so psyched. The video was amazing. Except that it wasn’t…

Keep It in Perspective
You might be thinking that this isn’t such a big deal. It’s just one of many great “moments” in a child’s life. There are literally hundreds (thousands?) of others.
(It’s not like you’re recording your own “Truman Show.”)

As a parent, you’re going to miss some along the way. Sometimes due to user error… Other times because your technology fails you.

Years from now, I know not having this video isn’t going to matter.
…I’ve already got videos of the new team in action.
(A boy and his cat)

And you move on.

The 18-Frame Solution
But for some reason I couldn’t totally let go of this.

Was the faulty video file a total loss?
Well, not necessarily…

Sure, you could still make out what happens. But it’s jarring to watch. So it’s value is limited.

But if the video glitches every 18 frames, that means there are plenty of good frames of video remaining.

Frames that could make for a good photo.
Hmmmm…..

What about extracting some of those frames and using them as photos?

How to Grab a Frame from Video
I had shot the video in 1080HD… not as high res as the photos my camera generates.
Maybe that’s another reason to start recording videos in 4K.
(Wasn’t that why I said I bought this camera over the Canon G7 X Mark II?)

There are a few ways to grab a frame off of your video file on your Mac.

Can Your Camera Do This?
Happily, my Panasonic LX10 and its new memory card have been doing fine over the past month. So I feel comfortable that the original phantom glitch is behind me, and I don’t have to worry about grabbing video frames as a back up plan.

That said, I’m not the first one to stumble upon this idea. In fact, some cameras (like my LX10) include the capability to natively generate frame grabs when you go back and review a video in-camera.

A Video Freeze Can Create a Great Portrait
Surprisingly, I’ve just realized that this technique can be quite useful when trying to capture a more natural portrait of someone who has a difficult time posing for the camera.

Sure, it’s hard to choose a frame when someone’s talking, but the trick is to grab a freeze immediately after a sentence. If it’s also at the end of a complete thought, there’s usually a second of a pause to select from.

Case in point… my eighty-four-year-old father.
He’s not one these days to happily pull off a Cary Grant smile.
(It’s usually more like a Clint Eastwood mug during his Dirty Harry days.)

So I put my new tech technique to work…
I pulled out a frame from a video I just shot of my father proudly talking about his 1962 Red MG.

I think he’s as proud of that car today as ever, and it shows!

Happy Twist of Fate
Isn’t it interesting to see how one frustrating moment of tech failure can open up a whole new world of opportunity?

Sometimes you’ve just got to go with it and see where it all takes you…
(Is there another choice?)