How to Make Your Old iPhone Act Like New 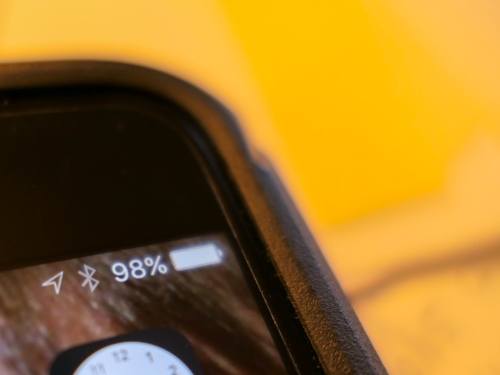 Is your iPhone having trouble holding a charge? If you’ve owned it for long enough, that’s inevitable. Now it’s time to take your phone on a little trip…

My iPhone was in big trouble. After not even two and a half years, the battery in my old iPhone 6 Plus was showing some serious wear.

It just couldn’t make it as long anymore without a little pick me up. And never for more than a day. Sometimes it couldn’t even get to lunch. And then there were the times the battery level would suddenly go from 30% to zero.
(What?!)

In the cold… forget it. My iPhone would shut down faster than you can say,
“I am one with the Force, and the Force is with me,” five times fast.

Time to Make the Doctor’s Appointment
So I brought my ailing companion to the Genius Bar at the Apple Store. The Genius ran the diagnostics on the battery and reported it was almost due for replacement… but not quite yet. I asked if it would last me until this fall.
(Yeah, I’m planning on pulling the trigger on the latest and greatest then.)

“Definitely not,” she said.

“How much for a new battery?”

I could nurse my iPhone with a power drip and carry around an external battery or stay close to power outlets for as long as possible. And then rush back to the Apple Store for the operation when there was no longer an alternative…

Or I could electively do the battery swap out now.

Is that even a choice?

The Cost of Living in a Digital World
Look, no battery lasts forever.
It would have been nice for my iPhone to go a full three years on its original power cell, but it’s not like I didn’t get a lot of use out of it.

Is there any other device you depend more on every day?
Exactly.

Is $80 a lot of money for a silly battery? At one level… yes.
But considering the original cost of the iPhone, not at all.

Think of it as a simple maintenance cost…
(The thing doesn’t run on Pixie Dust.)

Tech Zen Restored
So my iPhone was whisked away to the back of the Apple Store for a ‘Battery Replaceadectamy.’
(No, you can’t do it yourself… or at least, you’re not supposed to.)

Now… my iPhone is back to its old self again.
And I’m a whole lot happier… not having to stress about all this.

Look at all of the time I’ve brought back into my life not having to always figure out how to feed my smartphone a little more juice.

I think it’s the best eighty bucks I’ve ever spent. 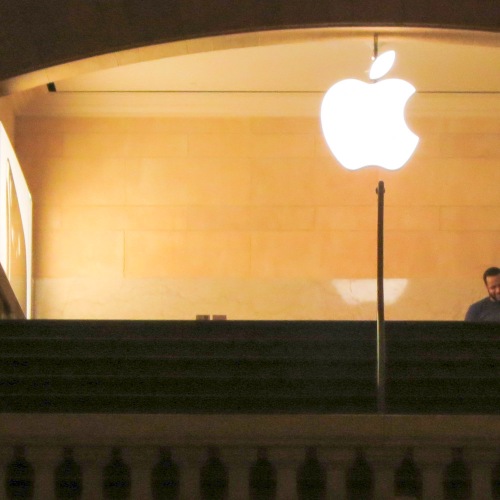 Your closest Apple Store is never that far away. As you stare, it calls out like the Sirens…”Buy our new iPhone 7. What’s your move? Well, I’ll tell you what I did… I wrote another poem!

Still, here’s the solution
AirPods are invented
You can listen and charge
No looking demented

I am two steps behind
Just the iPhone 6 Plus
Should I buy the 7?
Is it really a must?

A trade-in program, wow!
Apple will give some bucks
To take your old iPhone
You cannot say that sucks

Hey, a new Apple Watch!
Don’t have one of them yet
And it’s waterproof too
I would not be upset

Seven Lessons I Learned While Camping 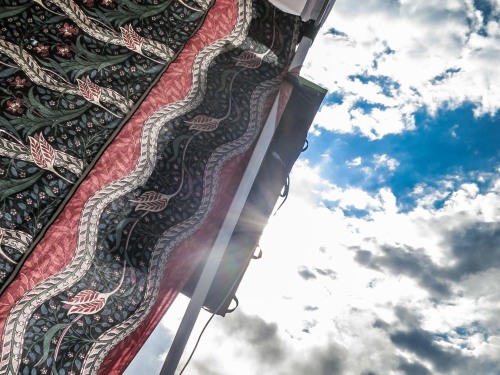 Bringing new tech to keep your old tech alive on a camping trip is a great idea, if not ironic. But actual results may vary. This is my story…

I just got back from five days of car camping with my wife, six-year-old son and another family at the Grey Fox Bluegrass Festival in Oak Hill, New York.

The good news is I was able to keep all of my gear alive without the convenience of wall power outlets.
(At a fundamental level, all of my preparations that I discussed last week were sufficient.) 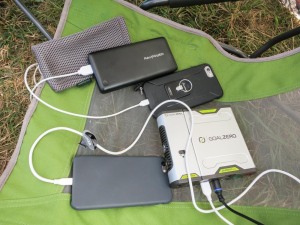 But the bad news is I often felt like an 800-pound gorilla stumbling about a giant wheat field. I’d definitely pack my tech needs a little differently next time…

Sure, they’re almost as small as sticks of gum. So why not bring them, right?
But their giant power buttons can too easily be turned on during transport.
(Then, when you want to use one, it’s already dead.)

It’s a real a design flaw for this application.
So leave ‘em home!
(Or bring ones that are more difficult to power on)

Look… nobody’s perfect. And when you’re juggling a family ‘in the wild,’ things aren’t always going to be where you left them.
(Or where you think you left them)

That said, you don’t want to be without a flashlight at the wrong time. So that’s why you’ll want access to some back up…

And those lost flashlights… ?
Don’t be too hard on yourself. They’ll likely turn up when you get home and unpack….

My new Goal Zero Nomad 20 solar panel performed admirably… in the bright sun.
(It was definitely worth bringing.) 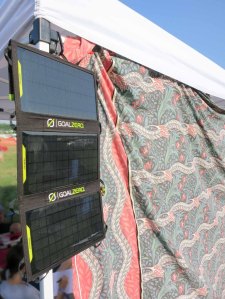 As soon as I got up on the first morning, I set up the Nomad 20 to greet the early light. Over the next 2-3 hours, I had my iPhone 6 Plus plugged in as I made my coffee with my little Coleman propane stove and had some breakfast with the group.

But it played out that way only on the first day, when the sun was blazing.
(Don’t forget your sun block. And definitely bring an extra sheet to hang off your pop-up canopy to block multiple hours of intense sun exposure.)

But on the other days, when there were clouds in the sky, the energy feed was more inconsistent and sometimes slowed to a trickle.

Even with the occasional cloud passing by, the Nomad 20’s performance was noticeably stunted. The charging icon still displayed on my iPhone, but the charging percentage in the top right of the screen wouldn’t budge.
(Pretty frustrating)

Tech Lesson #4
Have Some Battery Back Up!

When I realized Sol wasn’t always going to be perfectly in place for me every morning, I had to turn to my new RAVPower Power Bank.

This rechargeable 26,800mAh battery happily handled the cloudy days and not only fed my iPhone, but my wife’s too!

It was simply awesome.

When it became clearer to the larger group I was running my own little power café, I began receiving requests to recharge other hungry tech gear that I hadn’t planned for.

Some of this tech came with power cables without standard USB connectors. So they couldn’t plug directly into the USB inputs of my Nomad 20 or RAVPower battery.

Yes, the Sherpa 50 had some performance limitations…

But with its inverter, the Sherpa 50 essentially became a three-pronged power outlet.

That’s pretty cool and a lifesaver for your tech sporting weird power jacks.
(You just need to make sure to bring their power blocks… which granted, is counter intuitive when you’re packing to go camping.)

Remember, you’re in the middle of nowhere in the Catskills. If there’s no cell service, you’d better have a couple of walkie talkies to keep you and your family connected if you split up to attend different activities at a music festival.

As it turned out, the AT&T cell service that blanketed Grey Fox offered one and occasionally two bars for my wife and me… so we stayed connected via texts.

But I was told that Verizon Wireless users were down for the count.
With zero bars, you’re really going to need those walkie talkies…

Tech Lesson #7
Keep Your Tech Gear Organized in One Place

I really stumbled here. I had my tech spread across three bags.
(A small duffle and portions of two knapsacks… bad organization)

What a big mistake. Whenever I was looking for something, it was inevitably in another bag.
(None of my bags were structured properly to handle all of my tech.)

The dad on the other team brought this really cool ‘utility bag’ where his tech was properly organized and easily accessible. I was quite jealous at the efficiency of his approach.

Plus, the right gear bag allows you to organize and store everything in one place back at home… so you don’t have to spend time gathering your camping tech the next time you’re getting ready to go.
(Guilty as charged)

So upon my return, I did a little online research and came upon this multi-pocketed Phitz Stage Duffle. It appeared perfectly structured to store all of my camping tech, both at home and in our camping tent.

Technically, this bag is for musicians to store their audio gear on the road… and it falls into the ‘gig bag’ or ‘stage bag’ category. And that makes it a little pricey… $59.99 on Amazon.
(Which is twice what you’d spend on a more basic tool bag.)

But if you’ve been adding up my camping purchases, my recent outing has not been exactly a cheap one.

So why not go with the right bag to protect the investment…?

I freely admit I’m not an experienced camper…
(Hardly)

But I’m sure I’m not alone when I say a big draw is the opportunity to set up your little portable ‘kingdom’ that functions in the ‘wilderness.’

There’s a certain satisfaction that comes from that self-sufficiency.
…Being able to brew your own pot of coffee the way the old cowboys did.
(Granted, there were no Coleman propane stoves in the 1800’s.)

And though I didn’t build a campfire, I succeeded at keeping the “lights on.”

Yes, I traveled heavy, and I would hardly describe my tech management approach as elegant.

But it got the job done, and my tech survived. And at the most primal of levels, isn’t that what camping is all about? 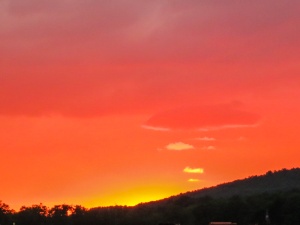