If you’re expecting iconic London photography, there’s nothing more to see here. If you’re hoping for something a little different, well then… I might have something for you. Unique or throwaway? You decide!

My family and I have recently returned from a week’s vacation in London, and yes, I snapped more than a few pictures along the way. As part of my little photographic exercise, I also attempted something a little different…

In addition to finding iconic shots as well as any number of family selfies, I tried to also observe our London experience using a different eye. So, I took a few photos that represented the story of our trip from an alternate perspective… imagery that you might easily miss (as well as a few that were entirely impossible to ignore).

These offbeat moments were right in front of us. I just had to open my eyes a bit wider or turn my head in a different direction to spot them…

When you’re walking off the jetway at 6am after your seven-hour flight, you’re probably not taking the time look out the window towards the airport. Well, you should… a sunrise is beautiful just about anywhere!

As I experienced a little jet lag on our first morning, I stumbled through Kensington Gardens on a cloudy day. Then, suddenly this moment presented itself. My vacation had officially begun!

I found this delightful sculpture filled with fairies, elves and animals at the Diana Princess of Wales Memorial Playground.

Don’t forget to look up! This skylight ceiling bathed visitors with blue-cast sunlight seemingly from an alternate reality.

While everyone else was looking up and over London, this reverse view down was really cool.

For me, viewing the hull of this restored 19th century clipper ship from this angle was the true highlight.

Sure, everyone races to see the Crown Jewels. But the Tower of London tour also houses many other treasures, including the opportunity for my third grader to get close to chainmail armor.

My son spotted this peculiar moment as this hungry Tower of London guardian tried to figure out how to get inside an already-open Pringles can. 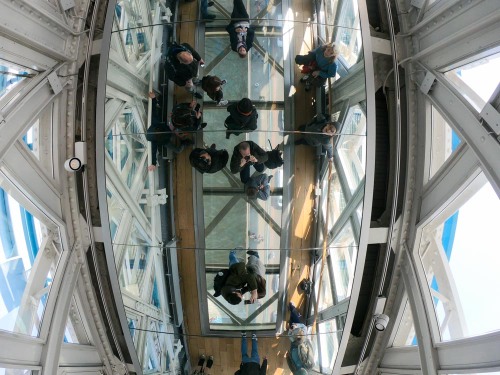 I got the complete view by looking up to look down.

My father visited this iconic hat store on St. James’s Street 60 years ago and recommended I stop by and ask if they remembered him. While I stopped short of asking the very proper salesman to check their records, I did FaceTime my dad while we were walking through Lock Hatters and facilitated a reunion of sorts.

The View on St. James’s Street 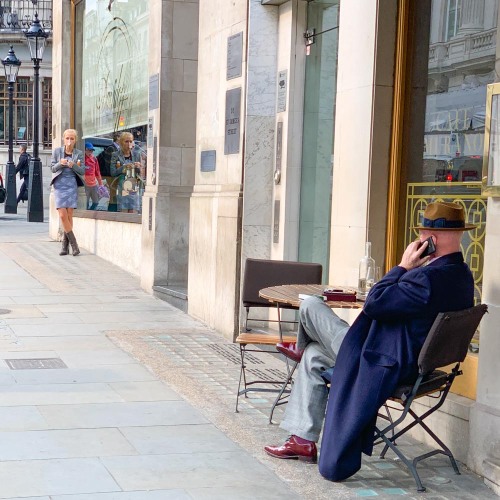 This view had a timeless feel. So I quickly pulled out my iPhone XS Max to capture the image.

The grafting of this ceiling extension using such a modern design onto this old structure is both radical and brilliant.

Chilly Night by the Thames

A hot chocolate street vendor provided some additional heat to help this pop-up café also serve as a warming station. 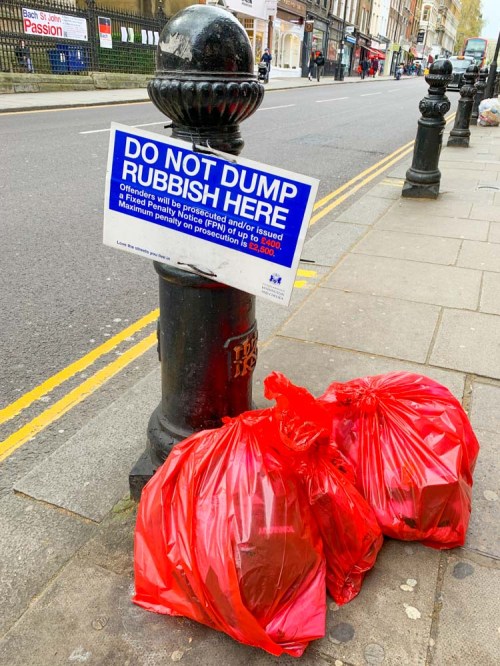 This doesn’t appear to be much of an accident… 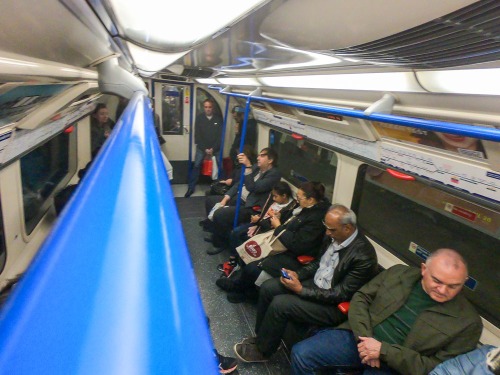 Riding the Underground was our total transportation solution. It felt more cushy than NYC’s subway cars, but the space was also a bit tighter and rounder. Mind your head!

A phonebooth? Still? How quaint. 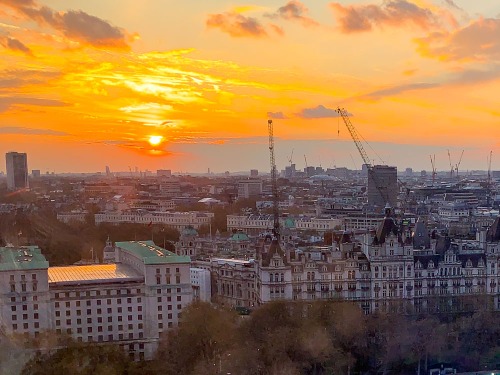 Both a sunrise and a sunset during a London trip?! That’s definitely worth calling out. And a nice way to end our little photographic journey across the pond!