Have You Forgotten How to Make a Phone Call? 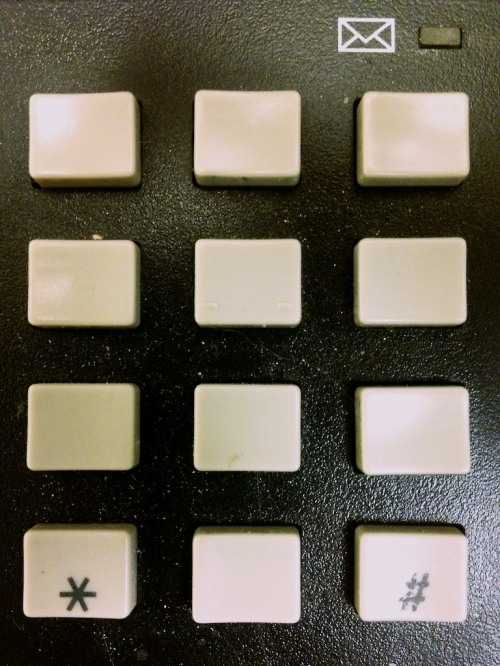 Imagine this: Aliens have landed, and you’ve got to make that call to hightail it to the crazy island on “Lost.” Wait a minute… The phone number isn’t on speed dial! And now the keys on your telephone are starting fade away!! Unlikely…? Well, you may want to start preparing for the disappearing keys part…

Have you ever wondered what an alternate universe would be like?
How about a place where people didn’t need digits on their telephone keys?

I found myself in that warped reality recently when I was squatting in a stranger’s office.
(No, this wasn’t a random act… just office sharing)

I turned to make a phone call, and bam!
I felt the space/time continuum shift slightly as I tried to focus.

There was nothing to see but twelve blank keys.
I closed my eyes and conjured the Force.

Phew… I recognized the voice on the other end…

Memory Wipe
But seriously, how does that happen?
Years of someone else dialing that same keypad?
(But there wasn’t even a sniff of identifying ink on any of the keys beyond the star and pound signs.)

And in a future that’s already here, complete with speed-dial and voice-activated dialing, I suppose you really don’t need to remember the numeric sequences anymore, let alone their location on a phone.

The question is… have you already forgotten how to make a phone call?
And without a visual assist … did you ever really know how?!

A Fringe Event
Perhaps my parallel universe keypad was accidentally left behind by an “Observer” from the future.
Maybe it’s purposely placed there as a warning…

The future of this world may depend on it one day…