Open Letter to My Generation – Social Media Is Good 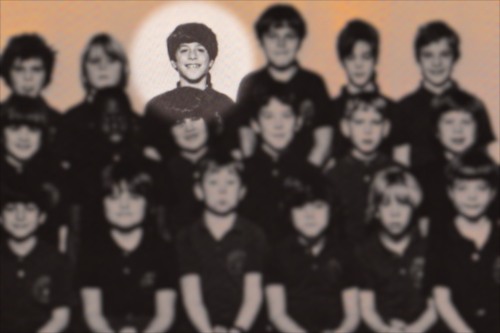 Circa 1972. Boy Barrett thinks to himself, “Hey, I’ve got a great idea… Forty one years from now, why don’t I reconnect with all my friends from third grade?!”

I’m approaching a significant numeric milestone in my chronology.
And as many people probably handle this milestone, I’ve been spending some time taking stock of my life.
(Is that what they mean by a mid-life crisis?)

You start thinking about all the people you’ve known.
All your friends.
And those friends you’ve lost touch with.
The ones you’ve left behind.
Often for no particular good reason.
Life just got in the way…

If only you had another chance.

But wait a minute! You do!!
Technology and social media can give you exactly that, right?

Social Media to the Rescue
We all know social media can easily help you to stay connected.
It doesn’t matter whether it’s via Facebook for your friends or with LinkedIn for your business colleagues.
(Not to mention a whole host of other choices out there)

One morning last week, I was on LinkedIn, and a friendly face popped up in the suggestions corner as someone I might know.

Know him I did.
A former colleague and friend from what seemed like a lifetime ago when I was up in Boston. Twelve years ago, in fact…

But there he was again, right in front of me.
But we had lost touch, and I didn’t have his new contact info.

No problem.
I clicked the connect button.

By the end afternoon, we had reconnected, shared contact info and had a memorable catch-up call. We even made plans to see each other the next time he’s in New York City.

And for what may seem surprising to the more than one billion Facebook users in the world, he’s not alone.
Especially for those of my generation.

Where Are You Now?
Two years ago, a long-lost first cousin found me on Facebook. One click led to another, which set up an amazing face-to-face reunion.

But all searches don’t end with the ‘Oprah ending.’

I spent a little time recently looking up a few friends from my childhood days.
But they were nowhere in sight.

Sadly, I must also report I’ve got two more first cousins to find.
They’re on the other side of my family, and yes they happen to be older than me.
I’ve Googled them and searched high and low on Facebook and LinkedIn.
But alas they remain missing.

It shouldn’t be that hard to find someone anymore, right?
They’re probably out there… somewhere!
(Unless, they’re doing their best to remain off the social media grid.)

So more and more, I’m not surprised when I don’t find someone of my generation through social media.

Fact Check with the Social Media Stats
At first glance, the statistics don’t support my assertion:

According to a 2012 Pingdom report,

So what’s the problem?
It seems clear a majority of Facebook/LinkedIn users are graying
(Ahem…slightly).
But that doesn’t speak at all to the population not using social media.

According to a 2012 Pew Research Center survey,

The participation numbers get far worse on LinkedIn:

Another consideration is gender.
Pingdom says Facebook’s gender distribution favors women 60%- 40%.
(The split is more even on LinkedIn.)

So the stats suddenly don’t look so rosy for baby boomers.
46% of my generation isn’t on Facebook, and even fewer men.

These numbers fall right in line with my empirical evidence.

Facebook Maybe…
I’ve run into former classmates at reunions and asked them to connect on Facebook.
They wince and reply, “Oh, I don’t do Facebook.
I’m not comfortable putting all my private information out there for the world to see.”

All right. So everyone knows, you shouldn’t be putting anything on Facebook you wouldn’t want the entire universe to see till the end of time.
So what’s the problem?
(You’re old enough to know how to handle this Pandora’s box.)

Yes, there are other avenues to find a former classmate beyond social media sites.
You can always look through your school’s online directory for their email address, but your friend may not be there either.

Even if you do find your friend, maybe you’re a little embarrassed, because you’ve let things ‘slip.’ (over the past few decades)
Sometimes, it’s hard to attempt a direct hello after all those years.
‘Friending’ may be easier as a ‘toe in the water’ approach.

Do You Really Exist If You’re Not Online?
Seems like a no-brainer to want to create and manage your online identity these days.

Like it or not, every day, your identity is being influenced by your virtual life.
I believe that relationship will only continue to grow.

If you don’t exist online, what does that say about the brick-and-mortar you?

Ignorance Is Bliss
But I think if you’re of a certain age, you’ve lived long enough without an online identity, and may feel like you really don’t need it.

You’re happy with your current pool of friends.
No need to power up your Laptop Time Machine to look backwards for former friendships.

But you’re not getting the upside potential…
Not so long ago, I didn’t ‘get it’ either.

I took to LinkedIn first, because its business and networking focus seemed clear.

I joined Facebook with the rest of the general population, but didn’t initially participate, because I didn’t think I’d care about everyone’s every thought.
Then I started to enjoy all those innocuous little data points.

The younger generations will never experience this phenomenon of re-forging decades-old connections via social media, because they’ve been ‘connected’ since childhood.

We boomers own this little social media phenomenon of ‘extreme-reconnect syndrome.’
And it’s a wonderful thing.

Call To Action!
So it’s time to embrace social media and take advantage of what it offers.
And selfishly, I must admit I’d like to find a few more of my old friends out there.

So get with it!

Sing the Happy Birthday Song
Social media is about sharing your life… just like you always do with friends.
And that fosters the organic development of connections.
Even if you prefer a more private existence, I bet you’ll find some value in this ‘passing fad.’

On your birthday, do you neglect to share that detail with everyone you run into?

It’s okay to spread the news. I give you permission.
(Because I know you really want to.)

Here… let me show you how…

Don’t be afraid to jump into the pool.
The water’s warm!