Do I own a Bluetooth speaker? Not yet. Do I need one? Absolutely! Which one should I buy? Let’s find out…

I’m not a big fan of Bluetooth tech.
Not yet.

I never really got into those tiny Bluetooth headsets for your mobile phone.
(Sure, they were cool when Lt. Uhura wore one on the Starship Enterprise. Now that they’re real… not so much.)

My first meaningful Bluetooth experience was with my first iMac’s mouse and keyboard.

I was so excited by the concept…

Well, I quickly realized it would take more than the loss of a two wires to clean up my home workspace.
My desk is eternally populated with note-pad stickies attached to every inch of clear surface!
(If you know of a support group, please let me know!)

And then I faced the reality that you have to keep changing out batteries to maintain the Bluetooth fantasy.
Worse still, you need to occasionally trouble shoot a failed Bluetooth connection when you boot up your Mac.

Typically, the solution is manually reconnecting the Bluetooth device with your mouse. But how do you do that when it’s your Bluetooth mouse on the fritz?!
Years ago, I bought an old-school wired mouse as a back-up solution.

I proactively addressed the problem with my current iMac by acquiring both a Magic Mouse and Magic Trackpad.
That way, when one Bluetooth device goes out, the other one can come to its rescue.
Very symbiotic, don’t you think?

So let’s just say I haven’t been wowed by Bluetooth.
Not yet…

Realizing the Universal Wisdom of Bluetooth
Last weekend my family and I were attending a little barbecue event at a friend’s house. Kids were running about and spraying each other with two garden hoses. (My son somehow managed to stay dry, yet remain in the action.)
Some of the parents were marveling the hearty vegetable garden.
Others were enjoying a cold drink.

Where was I?
Staring at a ‘mini’ black monolith, suspended by thin strings in a living room window.

I wanted to touch it.
I felt it held the answers to the universe.
The host walked up, and he handed me an animal femur to throw high into the air.
(no he didn’t)

But he did explain I was looking at his new battery-driven, portable
Jawbone Jambox Bluetooth Speaker.
It had been paired with an iPhone, resting not far away.
No wires…other than the occasional power cable to charge up its battery.

Not only was it born to project beautiful tunes via the iPhone, but it also does double duty as a speakerphone. (It even has its own microphone.)

Interesting…
I moved closer to the Monolith.
Contact.
I felt my brain growing…

The Search for Sweet Music in Every Room
My new knowledge quickly began percolating towards solving one of my home tech projects:
Bringing music (back) into every room in my house.

Once upon a time, I could just pop a radio or stereo into a few rooms, tune them to my favorite station, and presto, I had a whole-house music solution!

Actually, I don’t need music in every single room, but it would be nice to cover the major zones.
I’ve fallen a bit behind since terrestrial radio tech has become so passé.
(I don’t think I’ve turned one on at home in a year!)

It’s just not been a quick ‘set it and forget it’ solution.

Sure, I know you can hard wire your house for audio…but I don’t have the appetite for such a major project right now.

But if I can’t have music in every room I walk into, maybe the solution is to bring the music with me into whatever room I happen to be in…

…via Bluetooth!
(cue the angelic chorus)

So Many Choices!
Buy a portable Bluetooth speaker and then move it wherever you need it.
(Yeah, that’s the ticket.)

So I began my research, and it was at this point I felt a bit like Rip Van Winkle.
Portable Bluetooth speakers are hardly a new item.
They’ve been around for a few years; the Jambox was a sensation back in 2010.

But now, there’s a veritable army of them out there to choose from.
This year’s CES was filled with them.

Many of the newer ones are designed for outdoor rugged-on-the-road or at-the-beach use.

The good news is my durability requirements are slightly less ambitious…
(That said, I do have a three year old!)

So which Bluetooth speaker to buy?
I went online to see if I could identify a cyber consensus.
And a few trends began to emerge…

Everyone seems to agree that the
Bose SoundLink Bluetooth Mobile Speaker II is the best one out there.
But it’s wicked expensive at $299.

There’s also Bose’s brand new SoundLink Mini Bluetooth Speaker at $199.
It starts shipping on July 1, and the initial buzz is strong.
(When was the last time Bose didn’t come up with a product that was amazing, but overpriced?)

Compared to today’s competition, the Jawbone Jambox is still a strong contender, but isn’t as universally adored as it once was. It’s also considered too expensive at its base price of $180, considering the cost/value analysis of the competition.
(You can pick it up from Amazon for only $129.79) 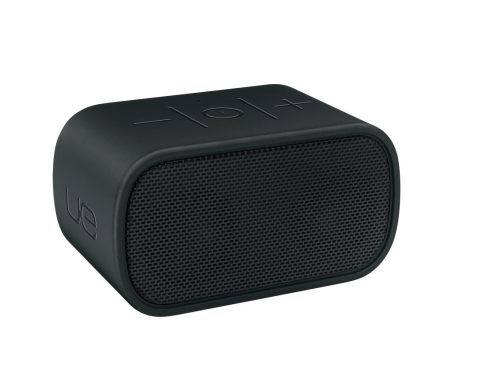 The Logitech UE Mobile Boombox hits the sweet spot.
It’s only $100 and gets great reviews-

How Low Can You Go?
A hundred smackers isn’t an unbreakable baseline.
You’ve got a plethora of choices in the sub-$100 arena too.
And cheap does not equal bad. 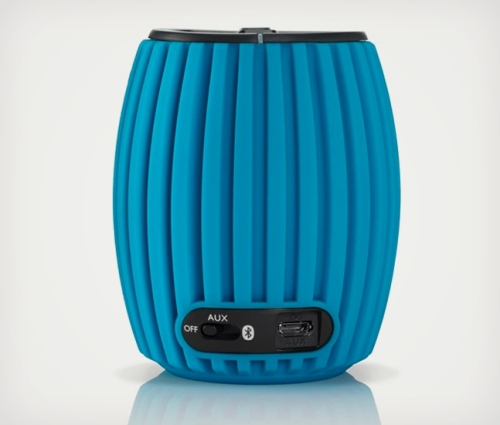 One example is the Philips SoundShooter Wireless, which garners positive reviews considering its $50 price tag. ($46.86 on Amazon)
(Plus, you know how much I’m into Philips these days with their cool LED light bulbs.)

Any Color of the Rainbow?
Henry Ford was famous for allegedly saying that people could have any color of his 1909 Model T car they wanted… so long as it was black.
Bose follows the same philosophy, and the basic black works just fine for me.
(Actually, the $299 Bose also comes in silver and white.)

But I should mention the other companies above have an explosion of colors to offer the more colorful mindset.

And the Winner Is…
So it’s hard to go wrong these days buying a Bluetooth portable speaker.
Whether you spend $50 or $300, you’re going to get a device that blasts out your tunes and doubles as a speaker phone to boot!

As a bonus, Bluetooth speakers can also give more audio oomph to the visuals on your laptop or iPad.

You can debate the sound quality and battery life of each speaker… but essentially the job is going to get done.

Drum roll please…
Yesterday, I pulled the trigger on the Logitech UE Mobile Boombox.
It strikes the perfect balance between price and quality.

It’s already in the mail, but if you’ve got your own recommendations, I’m listening…
(I could always return the Logitech…)

Either way, I’m hopeful this singular sound solution will soon be bringing the music back into my life.

But does this mean since I’ve finally embraced Bluetooth tech, it’s now doomed to near obsolescence?

One Comment to “Time to Buy a Portable Bluetooth Speaker”