You Can’t Bum a Smoke Off of CVS Anymore 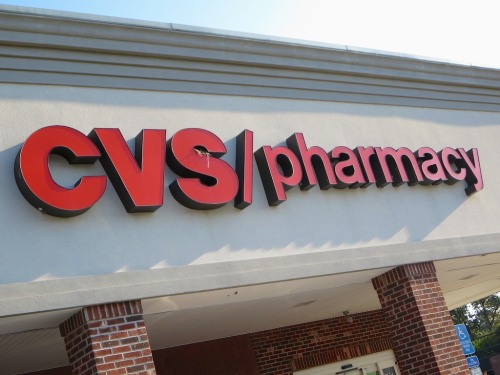 If you’re thinking of running to CVS to grab some cigarettes, you’d better think again. The pharmacy chain has decided to start taking better care of its customers…

So I was dispatched on an emergency mission to CVS/pharmacy recently to pick up some extra Play-Doh for an upcoming playdate.
Apparently, my son’s supply had gotten dangerously low…
(And yes, I’ve discovered that life’s little emergencies such as a Play-Doh crisis can easily redirect your blogging focus. No biggie. Just write on…!)

At the CVS checkout counter, I noticed something a little strange… rows and rows of empty shelves.
(Had there been a massively successful sale on some must-have item?)

I peered into the corner of the disheveled shelving and spotted a lone pack of cigarettes hanging on for dear life.

Then, as if on cue, one of the CVS employees behind the counter gleefully yanked at the entire row of shelves, and it all came crashing down.
It was like I was witnessing the destruction of the Berlin wall.

“We’re not going to be selling cigarettes anymore,” the man at the register proclaimed.

“No… We decided it doesn’t make sense for a pharmacy to sell cigarettes!”

And then I walked out of this quite public celebration with my two cartons of Play-Doh.

And I went home to do a little research…

CVS is On a Health Kick
So this isn’t really breaking news.
CVS announced its change of heart back in February saying tobacco products would be off their store shelves by October 1.

Yes, America’s largest pharmacy gave itself a lengthy eight months to kick the habit, but the good news is my local CVS made the big move a month early.

So why all the fuss about the health of its customers?
CVS expects to lose $2 billion in revenue annually as a result of its new health kick.

I did a little Googling in search of an economic rationale.
And I discovered it’s still all about improving CVS’s bottom line.
But first, there needed to be a serious image update… plain and simple.

Wired.com put the logic together quite nicely…
In the age of the mighty Amazon crushing brick and mortar stores, CVS is trying to stay relevant. As a pharmacy, it wants to become a place “to go to get care, not just stuff.”
(and stuff that can kill you)

Throwing out all the cigarettes is clearly a nice way to enforce that message.

Another way is to change your name. Earlier this month,
CVS Caremark changed its corporate name to CVS Health to reflect its broader heath care commitment.