I Bequeath My CD Collection to My Five Year Old 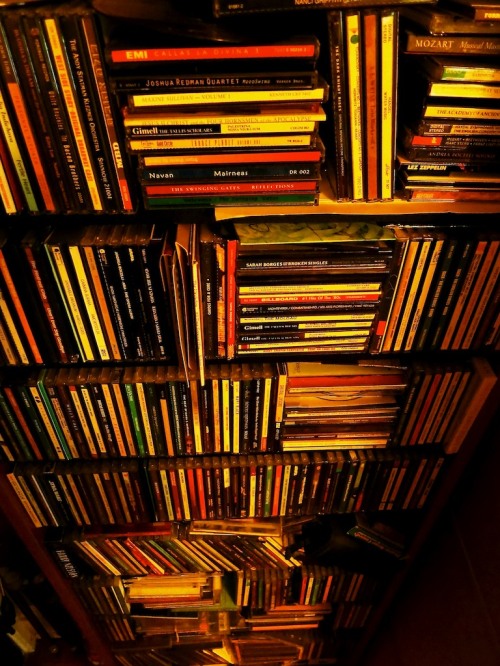 But before I do, I need to buy a new portable CD boombox, so my son can continue to listen to all of those near-abandoned discs I have yet to rip to my computer. The question is… which boombox should I get?

When my five year old was just a baby and beginning to crawl, he wasn’t really moving more than a few inches. One day, he spotted our old Sony CD boombox on the other side of the family room. It was playing a nursery rhyme. He stared at the magical device, and it was love at first sight. Now, he had some real motivation to advance his locomotion.

He had to touch it. In that moment, he crawled an entire foot towards it.

Over the next week, I watched him repeatedly return his attention to the CD player, and observed his effort to crawl over and touch it. When he eventually made it to the singing device, his face lit up as his stretched hand made first contact.

It felt like my son taught himself to crawl at an accelerated rate, because of this need to get to his CD boombox.

Music to His Ears
Since then, his attachment to the wonderful music box has never waned. He’s learned that pressing buttons makes it sing, and that there are different songs.

Eventually, he mastered the entire interface, plus the CD track numbers. He also enjoyed popping different CDs in and out to create a seemingly endless supply of music.

Like a boy and his dog, it was my son and his music.
(A dog is a conversation for another day.)

Our boombox is over a decade old, and his sometimes rough handling of it over the years has taken its toll. It’s finally starting to malfunction.

And before the CD player totally breaks down, I’ve got a decision to make.

Should I replace the Sony or introduce my son to the more current world of iPods and MP3 players?

Hanging on to CDs
It should be an obvious answer, but part of the problem is I still haven’t ripped all of my old CDs to iTunes. There’s a whole bookcase of them waiting for rainy days that never come… thanks to busy parenthood with other priorities.

Plus, somehow he’s picked up his own personal CD collection over the past few years. (Gifts, mostly)

My conundrum is CD use is still alive and well throughout the Lester household. As much as I want to, I can’t pull the plug… not yet. So I decided it was time to get a new boombox for my boy.

You Get What You Pay For
What made the decision a bit easier was the expected low price point of this near dead tech.

Sure CDs are still selling at the same prices as a decade ago.
(Odd)
But who’s really buying CD boomboxes anymore?
(Besides me?)

And in fact, Amazon has a whole host of no name CD boomboxes to choose from in the $30-$50 range. But user reviews are absolutely terrible for the whole lot of them.

Whatever I buy is going to take its share of wear and tear from my son’s use.
It needs to take a little licking…

Of course Sony is selling its current boombox model for a hefty 100 bucks.
(You pay more for the brand, right?)

But as it turns out, the black Sony ZS-RS60BT CD Boombox has a few updated tricks up its sleeve.

Sticking with Sony
Okay… so I’m spending twice as much as I need to… but I’m technically getting a superior unit with newer tech to future proof it somewhat.
(Plus, Daddy can use it too.)

No Magic Bullets
Most portable CD boomboxes on the market today have seemingly become glorified toys at ludicrously cheap price points. But if you want a good one, you’ve still got to spend some coin.

Does my son need a premium ‘Sony’ product? Well, I’d like it to last for a few years, and the Amazon reviews on this one are mostly solid.
(And don’t forget, my last Sony held up to normal toddler abuse like a champ.)

Equilibrium Restored
So my five year old is getting a new CD boombox.
(The holidays are just around the corner…)
No, he won’t be the coolest kid on the block, but thankfully, he doesn’t know that yet.

Soon, I will expose my son to newer musical tech. But for now, my boy will continue his reign as the CD king of our household.

Yes, I blew some bucks on dead tech.
But I got a Bluetooth speaker along the way…