How to Get Rid of a Pop-Up Virus 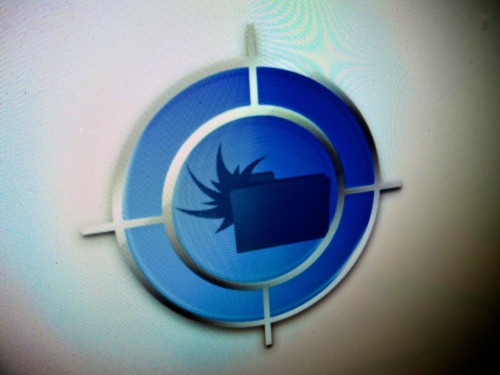 Your computer is infected. Now what? Don’t mess around! You need help… Perhaps it’s time to call upon ClamXav?

Last week, my wife’s MacBook Pro laptop became infected with a pop-up virus. Every time she opened up a web page in Safari, a pop-up message took over promoting something called ‘pcsupportapplication.com.’ Of course, as bad as things clearly were, clicking on it would only make things worse.

The good news is my wife did not click on the evil message. Instead, she brought her ailing Apple computer to the resident IT Guy in the household.

The bad news is this IT Guy didn’t know what to do…
(Even though long gone were the days when Apple computers were ‘impervious’ to computer viruses.)

Don’t Try This at Home
So I Googled this nasty adware….or malware… or whatever you want to call it.
And I didn’t find any mainstream posts on what exactly to do about it. And the ones I saw suggested complicated solutions I was not prepared to embark upon.

I was woefully unprepared to fight this battle.
And I knew it.

It was time to throw a little money at the problem and call in the big guns.
(This wasn’t the time to worry about my pride.)

Pay for a Little Genius
So I brought the laptop to my local Apple Authorized Service Provider down the street.
(Exceptionally convenient)

The nice repair lady at the front desk told me this kind of problem was unfortunately very common, but the store had access to ‘specialized’ software they could use to attack the problem and root out the invader.

ClamXav to the Rescue
When I returned to see if the operation was a success, I walked up nervously to the counter to check on the status of the patient.
(pause)

…The computer doctor walked in from the back room.
She was all smiles.

And the cure was easier than she thought it would be.
She first updated the OS on my wife’s computer….
….and the problem magically disappeared.

So yes, I felt a little egg slipping down my face, because that’s what the home IT Guy is supposed to do. And in fact, I was a couple of updates behind on the laptop.
(Guilty as charged)

Most importantly, she had downloaded a free virus scanner from Apple’s App Store called ClamXav.
When she activated the utility, it identified seven threats lurking in the computer, and then it promptly removed them.
(Sweet!)

She handed me back the cured machine, and I skipped a few steps as I went happily on my way, just in time to return my wife’s computer on Mother’s Day.

Human Error
So it’s a happy ending, right?
It is…

Though it’s also true that had I been more diligent and performed software updates more regularly, the problem might never had cropped up.

And sure, now I’ve got ClamXav to protect the computer. But maybe I should have found and used that utility myself. It’s been available for years…

The fact is this IT Guy didn’t really need to fork out fifty clams.
But that’s a perspective in hindsight.
In the murkiness of uncertainty, I would do the exact same thing again…

Dodging Digital Bullets
So the IT Guy needs a little tech support every now and then. I can own that…

The learning here is the simple reminder that the health of your computer is fragile. Just like life, disaster can strike at any moment.
Be prepared…

And if a few bucks put your computer back on its feet along with a little extra protection, I’d call that money well spent.